The latest ESPN news articles, rumors, photos and videos. New posts are added almost daily, so check back regularly to stay ahead of the curve! 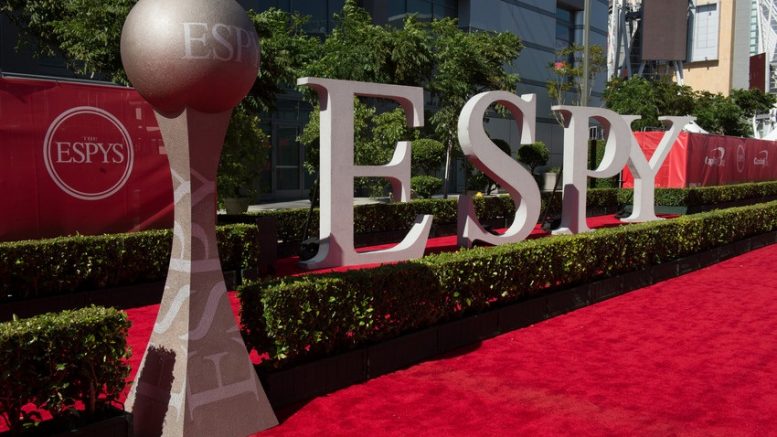 The 2018 ESPYS | Everything Viewers Need to Know

ESPN held their annual ESPYs award ceremonies last night. Here is evrything you need to know about the show including a complete list of winners.

With Tiger’s return to the Masters, after missing the 2016 & 2017 events recovering from back surgery, came a boost in ratings for Disney-owned ESPN’s Masters coverage.

Disney announced today that they are promoting former Disney Consumer Products and Interactive Media Chief James Pitaro to President of ESPN and Co-Chairman of Disney Media Networks. Here are the details…

There are reports that ESPN is exploring the possibility of selling or spinning off Fivethirtyeight, the popular analytical website created and edited by statistician Nate Silver.

Who will replace John Skipper as president at ESPN? There is a report out that it may be the head of CNN. Here are the details.

Disney announced today that their ESPN and Freeform video streaming apps will now be available on Samsung smart TVs. Here are the details.

ESPN announced today that they will be bringing their flagship sports news show, SportsCenter, to Snapchat. Here are the details.

During this week’s fiscal year-end earnings call, Disney’s CEO, Bob Iger, filled in a few of the blanks about the ESPN streaming service. Here is what we learned…

ESPN announced today that they will be moving some of their studio production a few hours south of their Bristol, Connecticut headquarters to Lower Manhattan in Spring 2018. Here are the details…

Disney announced today a new multi-year agreement with Vivicast Media, a leading global content licensor, which will allow Vivicast to continue to deliver Disney’s robust lineup of top quality sports, news and entertainment content to their roster of video operators that deliver content to TVs, computers, smartphones, tablets, and streaming devices throughout the US. The new deal will allow Vivicast to add a few additional features to their Disney content viewers that had previously been unavailable.

During today’s Q3 FY 2017 earnings report, Disney announced something that will surely change the landscape of digital media distribution- They are leaving Netflix and creating their own streaming service.

Big news came down today for Disney’s struggling ESPN franchise as they scored a pretty serious NBA pickup. The sports conglomerate was able to pry NBA insider Adrian Wojnarowski from Yahoo Sports. Woj had been with Yahoo for almost a decade, where he was the editor of the NBA-focused “The Vertical.”

Disney-owned ESPN announced today that they have extended the contract of their longtime college basketball analyst Dick Vitale through the 2019-2020 season.

Updated for 2022. Here are all the ESPN statistics you need to know including history, TV subscribers, web visitors, launch dates, mobile users, etc