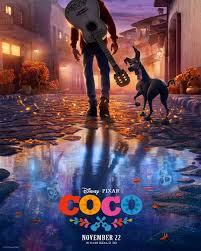 Coco held on to its top spot at the box office this weekend, its second in the US, taking in roughly $26 million. Coco topped Justice League for the second straight weekend and has amassed a total $108.7 million since release.

Coco’s performance this weekend is good relative to its competition, and to past Disney Thanksgiving release movies. Compared to recent Disney movies that opened Thanksgiving weekend, Coco did very well, placing it fourth behind Frozen, Moana and Toy Story 3. There is typically a significant post-Thanksgiving drop-off and Coco’s $26 million in week two puts it right around what Moana did last year in week 2 ($28 million) and just a bit behind  Frozen’s $31 million in 2013.