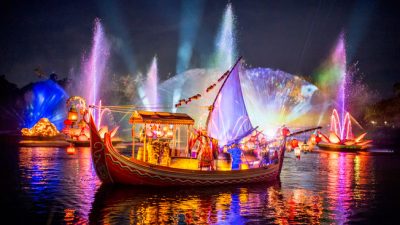 Disney has announced that they are adding a new premium experience at Disney World’s Animal Kingdom to commemorate the park’s 20th anniversary. Here are the details about the Animal Kingdom 20th Anniversary Tour…

The Animal Kingdom 20th Anniversary Tour will run from April 1st to May 5th and will offer a behind-the-scenes look at the park and conclude with a VIP viewing of the popular Rivers of Light nighttime show. The tour begins at 11am, so like some of the other tours Disney World has offered in the past, it is an all-day experience.

Some of the tour highlights include: