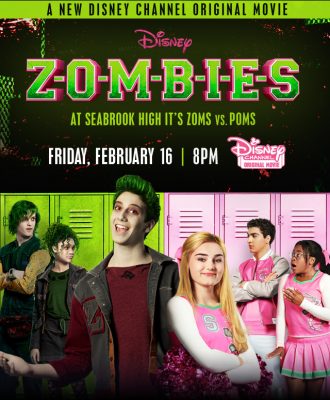 According to Deadline, the Zombies debut attracted 1.14 million viewers, beating Winter Olympic coverage in the target demo on Friday night. In total, Zombies was watched by 10.3 million viewers over the eight times it was aired Friday-Monday. Not too bad.

More info about the Zombies debut and a little historical context can be found in this Deadline article.