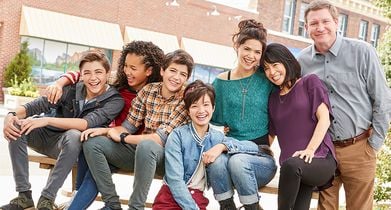 According to Variety, Disney Channel’s hit teen show Andi Mack has won the GLAAD Media Award for outstanding kids and family programming. The honor comes after one of the show’s main characters, Cyrus Goodman (played by Joshua Rush), came out earlier this year in the series’ second season.

More information about ‘Andi Mack’s’ GLAAD award, including quotes from the show’s creator, Terri Minsky, can be found in the Variety article here.