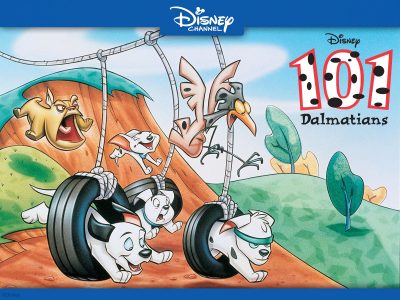 101 Dalmatians: The Series was a popular Disney Afternoon children’s show that ran from 1997-1998. It is based on the characters of the classic animated Disney movie One Hundred and One Dalmatians.

Cruella is still trying her best to get a hold of the Dearly farm and those Dalmatians. Mother de Vil, disappointed that Cruella has yet to seize the Dearly farm, decides to take matters into her own hands. Cruella and the pups crash Roger and Anita’s romantic getaway and discover their marriage was never official! The battle between good and evil has gone to the dogs.