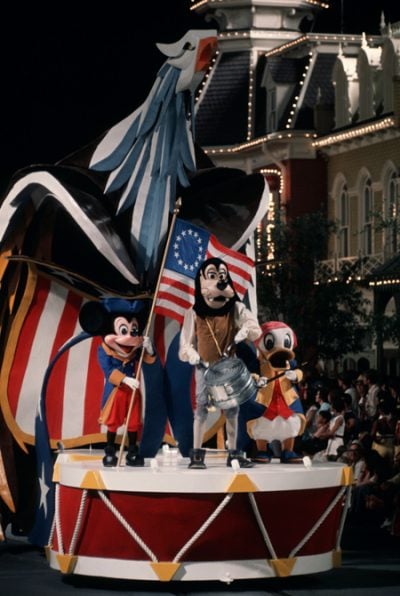 America on Parade was a patriotic parade that celebrated America’s bicentennial. It ran from June 1975 to September 1976 in Walt Disney World’s Magic Kingdom and Disneyland Park. One of the highlights of this parade was the return of the legendary songwriters the Sherman Brothers to Disney for the creation of the song “The Glorious Fourth,” which was featured prominently throughout the spectacle.