Here is everything you need to know about the amazing Hollywood Pictures movie Angie including casting, reviews, fun facts and more. I hope you find this listing informative and helpful! 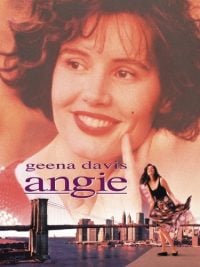 Academy Award®-winner Geena Davis shines as Angie, a young Brooklyn-born woman who’s witty, irreverent, and irresistible! With her wild ambitions and stubborn independence, Angie won’t let anyone — or anything — stand in the way of her dreams. When Angie finds out she’s pregnant by her longtime boyfriend, she has no plans to get married and settle down. Instead, she decides it’s a good time to set out and find her way in the world. As you can imagine, her unpredictable behavior drives her bewildered family and friends crazy!