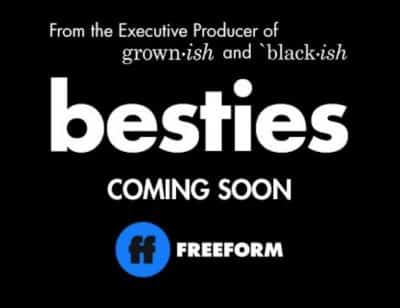 Note: This Series was renamed ‘Unrelated‘ prior to its debut.

Set in Los Angeles, the series will follow Becca (Jordin Sparks) and her newly discovered half-sister Jesi (Gigi Zumbado) as they’re thrown into each other’s lives by an online genetics test and have to figure out how to go from strangers to sisters. Ranada Shepard, Casey Johnson and David Windsor serve as creators and executive producers. Kenya Barris also serves as executive producer. “Besties” is produced by ABC Signature Studios. (source)