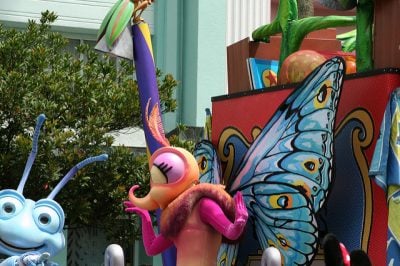 Block Party Bash Parade was a parade and stage show that took place daily in Disney’s Hollywood Studios from 2008-2011. It featured characters from Toy Story, A Bug’s Life, Monsters Inc and The Incredibles.