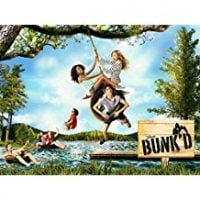 Emma, Ravi and Zuri Ross leave their New York penthouse for Camp Kikiwaka, the rustic summer camp in Maine where their parents met as teenagers. Emma and Ravi learn the ropes as Counselors in Training and are befriended by Lou, the cheerful head counselor, and Xander, the camp heartthrob. Meanwhile, Zuri makes new friends with her fellow campers including the overly studious Tiffany and compulsive fibber Jorge. The kids adapt to their new “home away from home” and settle into their exciting new lives at Camp Kikiwaka. (source)