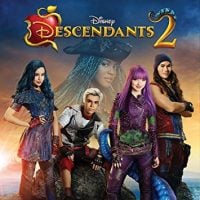 “Descendants” (2015) is the fifth most watched movie in cable TV history in Total Viewers (12.2 million) and has reached well over 100 million Total Viewers worldwide. Its videos on Disney’s YouTube channels have amassed over one billion views. The “Descendants” soundtrack topped the Billboard 200 album chart in its first week of release and also ranked No. 1 on Billboard s Soundtrack, Children’s, Digital Album and Top Albums charts. The album was also No. 1 on the iTunes Album Overall and Soundtrack charts.