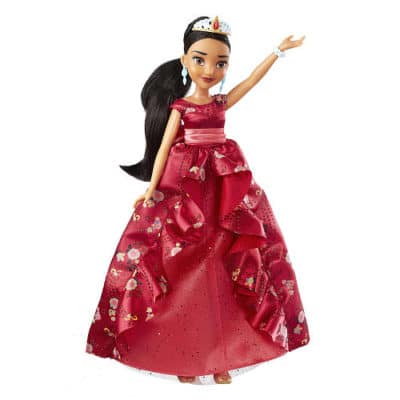 Meet Elena of Avalor, the adventurous Crown Princess who wields her scepter with bravery and compassion. The royal ball has arrived, and Elena of Avalor needs to look her royal best! This beautiful fashion doll, inspired by the character on the Disney Channel TV series, comes wearing a ball gown adorned with a detailed glitter print. The doll also comes with a tiara, bracelet, and removable shoes.