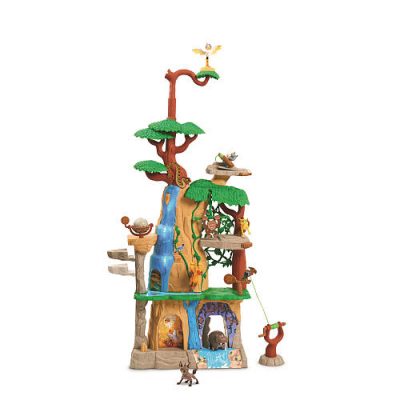 In order to be the Fiercest in the Pride Lands, you have to practice. Join the leader of The Lion Guard for an afternoon of workouts in the Disney Junior The Lion Guard Training Lair Playset. Standing more than 3′ tall, this playset is loaded with fun lights, sounds and features that will get Kion, Beshte, Bunga and the rest of the Guard ready to take on the Outlanders.

Your child will get lost in the action, as the interactive features and included Kion and Janja figures let him or her recreate favorite adventures from the Disney Junior series.