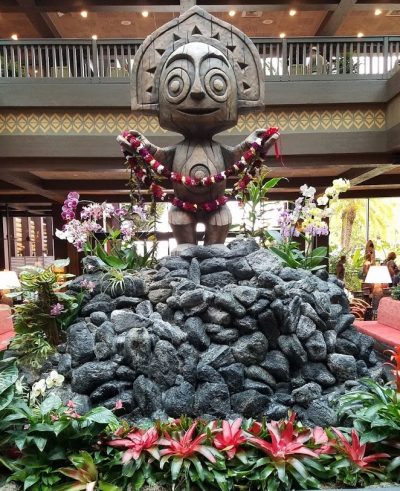 Celebrate the spirit of the South Pacific at this oasis of tropical palms, lush vegetation and so much more. From moonlit nights immersed in the outdoor island ambiance to the exotic tastes of our world-class restaurants, discover the signature tropical atmosphere that’s made Disney’s Polynesian Village Resort a favorite Disney destination since 1971. (source)