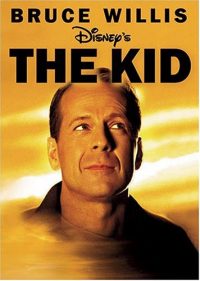 Successful, high-powered Russ Duritz has spent all of his incredibly empty life forgetting the child he used to be – until one day, he meets him face-to-face! Thinking this kid is a hallucination, Russ does everything he can to make him go away. But 8-year-old Rusty, who’s anything but happy that he grows up to be a loser without real meaning in his life, can’t leave – at least not yet.