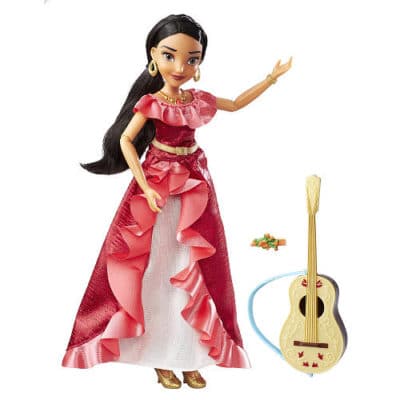 Meet Elena of Avalor, the adventurous Crown Princess who wields her scepter with bravery and compassion. Elena of Avalor’s determination to win back the freedom of Avalor comes through in her signature song! Press the doll’s gem necklace and she will sing “My Time,” her powerful song featured in the Elena of Avalor television series on the Disney Channel network. Her articulated arms allow her to hold the included guitar while she sings!