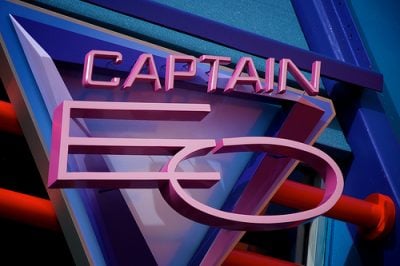 Captain EO was Disney’s first 4D movie. It starred the King of Pop Michael Jackson, was produced by George Lucas and directed by Francis Ford Coppola. It ran at Disney World’s Epcot from 1986-1994 and then again from 2010-2015 as a tribute to Jackson after his death. The movie was located where the Disney & Pixar Short Film Festival is now in the Imagination Pavilion of Epcot’s Future World.

Here is a little taste of the show experience from back in the day….