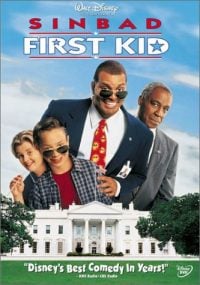 In Disney’s live action comedy First Kid, Sam Simms, a wisecracking Secret Service agent is assigned to protect the President’s rebellious 14-year old son Luke. Simms would much rather be protecting the President, and Luke would prefer to be just a regular kid without a watchdog trailing him everywhere he goes. But when Luke’s mysterious Internet buddy convinces him to ditch his bodyguard in a crowded mall, the fun and games suddenly become a matter of life and death!