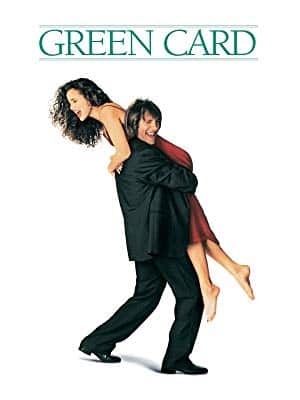 A mutual friend arranges a marriage of convenience for Frenchman George Faure and Brontë Parrish, a native New Yorker. George needs a green card in order to remain in the United States, while Brontë, a horticulturist, has found the perfect apartment with a green-house, but it is only available to a married couple. After a swift legal ceremony, each getting what they want, they part with the intention of never seeing each other again. However, a government investigation brings them back together, and despite initial irritation and incompatibility, the two begin to make some interesting discoveries about themselves and the nature of romance.
Purchase Movie