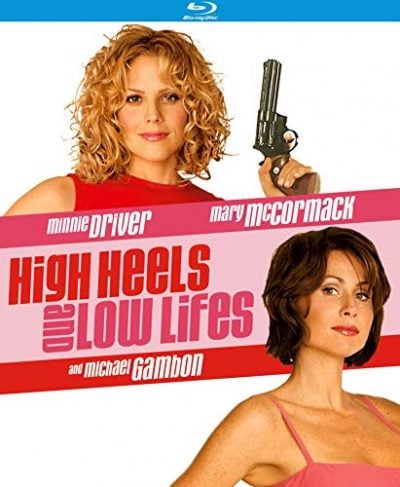 Minnie Driver and Mary McCormack star as best friends who take on low-life thieves in this hilarious high-energy action-comedy. It all starts when Shannon (Driver), a nurse at a London emergency room, and Frances (McCormack), a struggling American actress, overhear bank robbers on a radio scanner making off with a fortune. They make contact and demand a cut of the loot. But when the stubborn felons refuse to hand over a penny and threaten their lives in return, the girls decide to raise the stakes and give the thugs a run for their money! Packed with daring heists, double-crossings, and high-speed hilarity, HIGH HEELS AND LOW LIFES is the most fun you can have this side of the law.
Purchase Movie