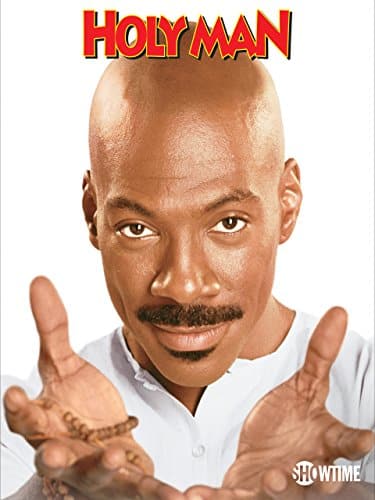 The always hilarious Eddie Murphy stars with Jeff Goldblum and Kelly Preston in a refreshingly funny hit that elevates shopping to a nearly religious experience! A stressed-out senior executive at the Good Buy home shopping channel, Ricky Hayman (Goldblum) is praying for a miracle that will lift the network’s lousy ratings and save his job. Then, from out of nowhere, “G” (Murphy) walks into his life! An outrageous, self-styled inspirational guru with a knack for showing up where he isn’t exactly wanted, “G” proceeds to wander in front of the cameras just long enough to exude the irresistible star quality that will make him the sales-boosting savior Ricky’s network has been looking for!
Purchase Movie