Here is everything you need to know about the amazing Disney TV show K.C. Undercover including casting, reviews, fun facts and more. I hope you find this listing informative and helpful! 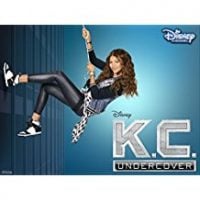 She’s the baddest of the bad, the toughest of the tough, she’s K.C. Undercover and she don’t take no stuff! The Cooper family, on the run from Zane, are tasked with bringing down a notorious bird smuggler in Rio de Janeiro. Then, K.C. is surprised when Marisa expresses interest in becoming a spy and asks her for a recommendation to join The Organization. And K.C. is torn when she must choose between a mission and attending her homecoming dance when they fall on the same night. Keep it undercover with K.C.! (source)