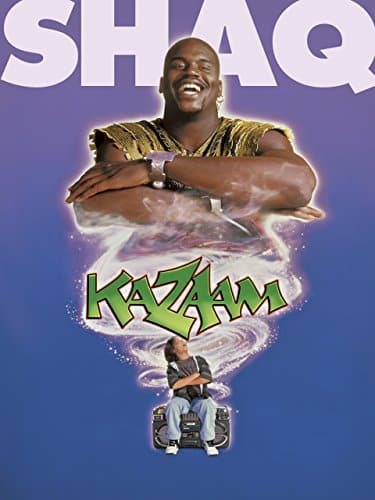 Max Connor, a 12-year-old whose mother has raised him alone since her husband left, is distraught by her impending marriage to Travis, a kind fire fighter who can’t seem to make friends with Max. While hiding from a school gang of bullies in an abandoned building, he accidentally kicks a battered boom box, freeing a seven-foot, 3,000-year-old genie, Kazaam, who will grant him three wishes. Max runs away to meet his real father who he hasn’t seen in ten years, and who turns out to be involved with criminals in the bootleg CD trade. Kazaam is momentarily distracted by becoming an overnight sensation rap star, but defeats the criminals and grants Max’s final wish.
Purchase Movie