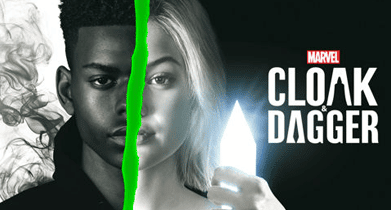 “Marvel’s Cloak & Dagger” is a coming-of-age series based on the beloved comic book characters. Tandy Bowen and Tyrone Johnson come from starkly different backgrounds, each growing up with a secret they never dared share with another soul. The series is co-produced by Marvel Television and ABC Signature Studios. Joe Pokaski (“Underground,” “Heroes”) will serve as showrunner and executive producer; Jeph Loeb, Marvel’s head of Television and Jim Chory will also serve as executive producers. Gina Prince-Bythewood (“Love & Basketball”) is set to direct the first episode.