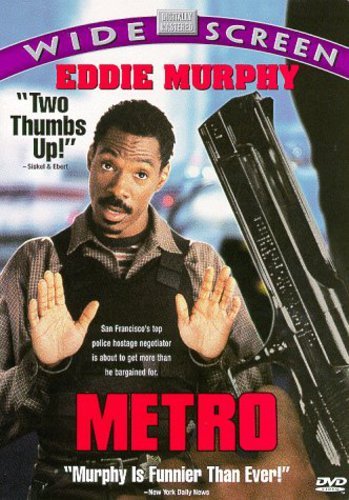 Eddie Murphy plays Scott Roper, a fast-talking, wisecracking, on-the-edge hostage negotiator whose offbeat-but-winning style has made him San Francisco’s top mediator! Roper will say … and do … absolutely anything to get his man. But when he comes face to face with a psychotic killer who’s playing a lethal game of cat and mouse, he’s finally met his match! Don’t miss the excitement as the always amusing Murphy packs METRO with outrageous action that has audiences cheering!
Purchase Movie