Here is everything you need to know about the amazing Disney movie Midnight Madness including casting, reviews, fun facts and more. I hope you find this listing informative and helpful! 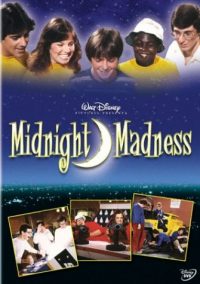 In Disney’s Midnight Madness, a genius grad student organizes an all-night treasure hunt in which five rival teams composed of colorful oddballs furiously match wits with one another while trying to locate and decipher various cryptic clues planted ingeniously around Los Angeles.