Here is everything you need to know about the amazing Disney movie Moon Pilot including casting, reviews, fun facts and more. I hope you find this listing informative and helpful! 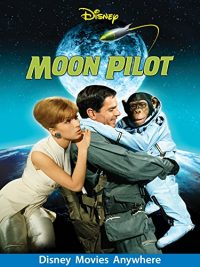 In Disney’s Moon Pilot, after Charley the chimp successfully orbits the moon, it’s a space race against time as a reluctant volunteer becomes next in line. The fiercely organized plans of his mission director go hysterically awry when a beautiful “spy” appears. She has a vital – and quite unearthly – bit of information that could save the mission from failure.