Here is everything you need to know about the amazing Hollywood Pictures movie Mr. Holland’s Opus including casting, reviews, fun facts and more. I hope you find this listing informative and helpful! 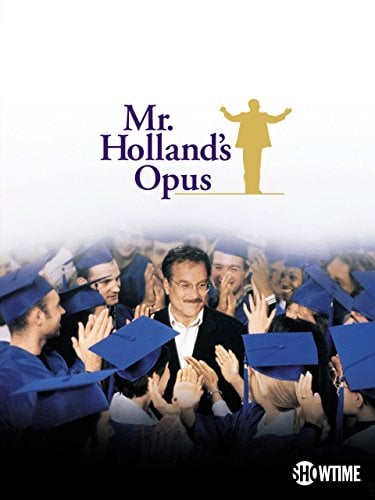 Celebrated actor Richard Dreyfuss earned an Academy Award nomination (Best Actor, 1995) for his unforgettable role in this heartwarming tale about the importance of following your passion. Glen Holland is a musician who dreams of composing one truly memorable piece of music, but reality intrudes when he reluctantly accepts a “day job” as a high school music teacher to support his family. Ultimately, Mr. Holland realizes that his true passion is teaching and his legacy is the generations of young people he inspires.