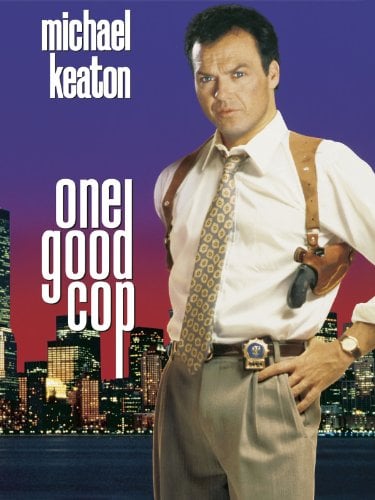 Michael Keaton delivers a critically acclaimed performance as Artie Lewis, an honest and dedicated police detective in this suspenseful, action-filled movie. Keaton becomes the legal guardian of three orphaned girls when his partner (Anthony LaPaglia) is killed in a drug raid. During his investigation of the vicious drug ring responsible, Keaton finds his life — and that of his family — on the line! He’s determined to protect them at all costs, and in a fiery climax, he learns what it takes to be ONE GOOD COP!