Here is everything you need to know about the amazing Touchstone movie Open Range including casting, reviews, fun facts and more. I hope you find this listing informative and helpful! 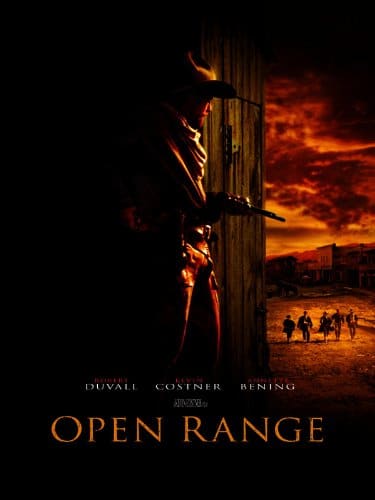 Packed with epic action, OPEN RANGE is a powerfully gripping story that’s never been told until now, and stars Academy Award(R) winners Robert Duvall, Kevin Costner and Annette Bening. A group of free grazers, four men trying to escape their past, are driving cattle and living off the land on the open range — a place where nature makes the only laws. When a ruthless, evil rancher tries to run them out of town, the men’s peaceful existence takes a tumultuous turn and ends in the grittiest, most explosive gunfight on film as two men battle a town for honor, justice, and a way of life that’s quickly disappearing.
Purchase Movie