Here is everything you need to know about the amazing Hollywood Pictures movie Passed Away including casting, reviews, fun facts and more. I hope you find this listing informative and helpful! 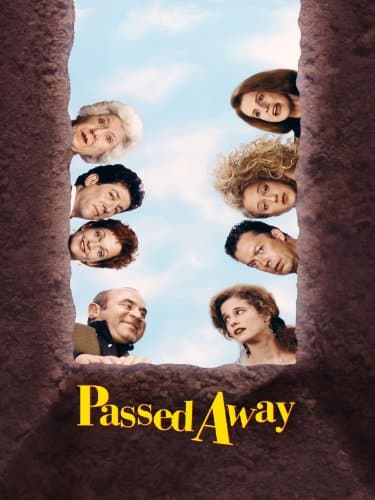 Thrown for a loop by the unexpected news that Dad (Jack Warden) has suddenly gone to his reward, the grieving Scanian clan are drawn together in a test of familial endurance that soon has them at each others’ throats. As the eldest son, Johnny (Bob Hoskins) is tactlessly reminded that he’s probably the next to go; daughter Terry (Pamela Reed) is the black sheep who hasn’t told anyone that the marriage they all warned her against has broken up; thick-headed but nice looking younger son Frank (William Petersen) no longer has his father to cover for him; and Nora (Frances McDormand) comes home after going off to a cloistered convent and becoming a liberated nun who now runs an underground railroad for illegal aliens.