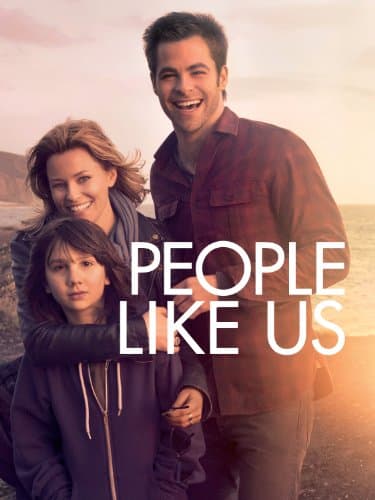 From DreamWorks Pictures, the studio that brought you The Help, comes the smart and witty drama People Like Us, featuring an all-star cast, including Chris Pine (Star Trek), Elizabeth Banks (The Hunger Games), award-winning Michelle Pfeiffer and Olivia Wilde. Sam (Pine) is a twenty-something, fast-talking salesman whose latest deal collapses the day he learns his father has suddenly died. Against his wishes, Sam is called home to put his father’s estate in order and reconnect with his estranged family. While there, he uncovers a startling secret that turns his entire world upside down and he has a 30-year-old sister he never knew existed. This is an inspirational and touching movie everyone can relate to.
Purchase Movie