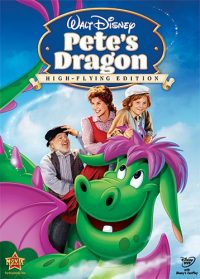 When Pete, an orphan, and his best friend Elliot, an invisible green dragon, wander into the seaside village of Passamaquoddy, the townspeople think he’s behind a slew of hilarious mishaps. But after a daring rescue, they change their tune and believe in Pete’s fire-breathing buddy.