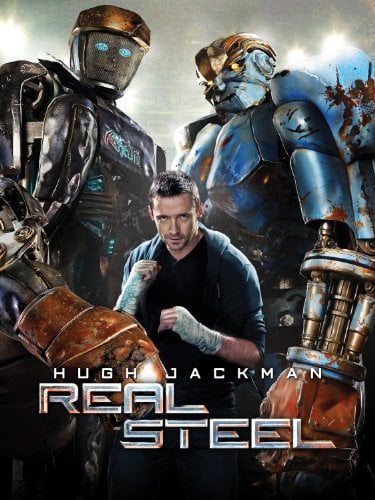 Enter the not-so-distant future where boxing has gone high-tech – 2000-pound, 8-foot-tall steel robots have taken over the ring. Starring Hugh Jackman as Charlie Kenton, a washed-up fighter turned small-time promoter, Real Steel is a riveting, white-knuckle action ride that will leave you cheering. When Charlie hits rock bottom, he reluctantly teams up with his estranged son (Dakota Goyo) to build and train a championship contender. As the stakes in the thrill-packed arena are raised, Charlie and Max, against all odds, get one last shot at a comeback. Real Steel is a pulse-pounding, inspirational adventure filled with heart and soul.
Purchase Movie