Here is everything you need to know about the amazing Touchstone movie Runaway Bride including casting, reviews, fun facts and more. I hope you find this listing informative and helpful! 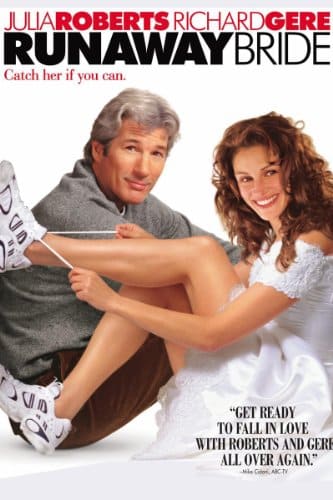 CATCH HER IF YOU CAN.”Roberts and Gere confirm their status as an eternal screen team”* in this delightful laugh-filled romantic comedy. Roberts plays small-town girl Maggie Carpenter, whose marches down the aisle become a series of near Mrs. when she bolts before saying “I do.” Gere is Ike Graham, a cynical, big-city newspaper columnist eager to write a tell-all story about Maggie. But the more Ike finds out about the skittish Maggie, the more he finds he’s falling in love.
Purchase Movie