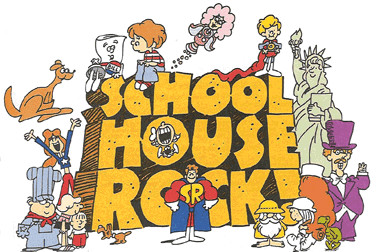 Schoolhouse Rock! was a popular Disney One Saturday Morning children’s show that ran from 1997-2000.