Here is everything you need to know about the amazing Hollywood Pictures movie Son in Law including casting, reviews, fun facts and more. I hope you find this listing informative and helpful! 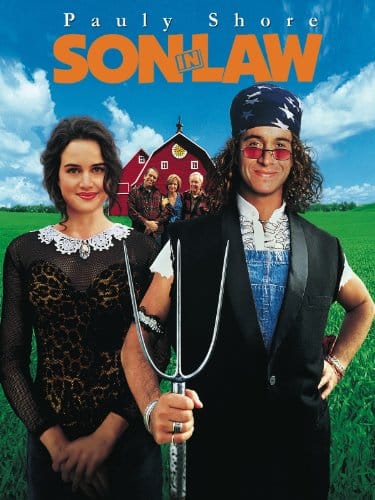 Middle America will never be the same when comedian Pauly Shore travels to the Midwest and becomes the SON-IN-LAW. Shore stars as Crawl, L.A.’s funkiest college student, who’s hilariously out of his element when he spends Thanksgiving at the family farm of a straitlaced college co-ed (Carla Gugino). Crawl’s unlike anything the Midwesterners have ever seen — outside the barn that is! But before long, Crawl’s plowing his way into their hearts with his outrageous antics and offbeat attempts at farming. Get ready for a truckload of laughs and a half-ton of hysteria with this totally irreverent comedy!