Sonny with a Chance (Disney Channel) 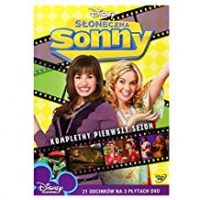 Sonny with a Chance Description:

Disney Channel’s Sonny with a Chance, is an inspired comedic series that goes behind-the-scenes of a Hollywood production when talented Allison “Sonny” Munroe makes the leap from the Midwest to Los Angeles to join the cast of “So Random!,” the most popular sketch comedy TV show for kids and tweens. Her fellow young actors are resident teen queen Tawni, super suave Nico, gregarious funnyman Grady and quirky Zora. Now Sonny must somehow balance these new friendships while adjusting to her family’s decidedly different way of life in Hollywood. Meanwhile, Sonny must also contend with heartthrob Chad Dylan Cooper, star of the rival show “MacKenzie Falls,” who makes it known that he thinks his dramatic work is better than her comedy career. (source)