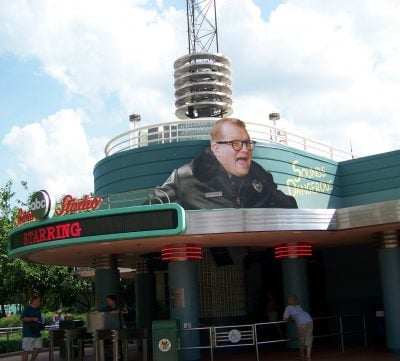 Sounds Dangerous was an audio demonstration show in Disney’s Hollywood studios in the early part of this century. The show was performed on a soundstage and was focused on the presentation of sound and how the mind perceives it. The show was hosted by comedian Drew Carey.