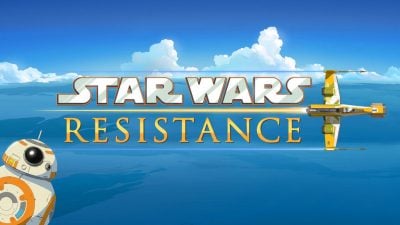 Disney Channel’s Star Wars Resistance centers around Kazuda Xiono, a young pilot recruited by the Resistance and tasked with a top-secret mission to spy on the growing threat of the First Order.

Star Wars Resistance features BB-8 along side many new characters, as well as guest appearances by familiar Star Wars characters like Poe Dameron and Captain Phasma, both voiced by their original actors.

Star Wars Resistance is created and produced by a group of Lucasfilm veterans, many of whom previously worked on the successful animated series Star Wars: The Clone Wars and Star Wars Rebels.

We recently got the following synopsis of episode 1 from StarWars.com:

In the one-hour premiere “The Recruit,” Poe and BB-8 assign Kaz to the Colossus, where he meets a cast of colorful new aliens, droids and creatures. While undercover to spy on the growing threat of the First Order, Kaz works as a mechanic and lives with Poe’s old friend Yeager — a veteran pilot who operates a starship repair shop run by his crew: Tam, Neeku and a battered old astromech called Bucket.

“Can you imagine what it’s like to be an ace pilot?” Kaz asks. 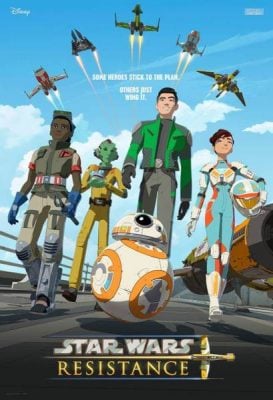