Here is everything you need to know about the amazing Disney movie The Absent-Minded Professor including casting, reviews, fun facts and more. I hope you find this listing informative and helpful! 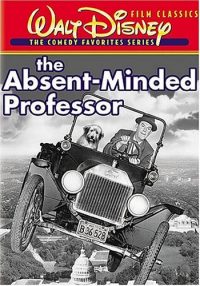 Visit Medfield College and delight in the fun when Professor Brainard uses Flubber to put more bounce in the basketball team, fly a Model “T” Jalopy over Washington, D.C., and save Medfield College from financial ruin!