Here is everything you need to know about the amazing Hollywood Pictures movie The Associate including casting, reviews, fun facts and more. I hope you find this listing informative and helpful! 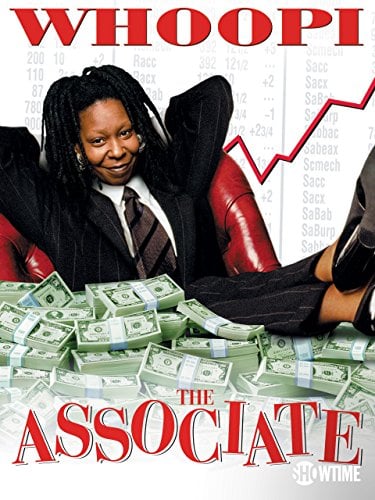 When Laurel hits the “glass ceiling” she quits her job confident she won’t be out of work for long. Finding too many CEOs not taking her seriously, she invents a worldly, well-connected male “associate.” Things begin to snowball out of control, however, as Laurel’s associate takes the business world by storm: women claim to have slept with him; heads of State want to meet him; and in general, he gets all the credit for Laurel’s success. In this comedy based on the French movie, “L’Associe,” hilarious complications ensue when Laurel decides she must become her male, white “associate.”