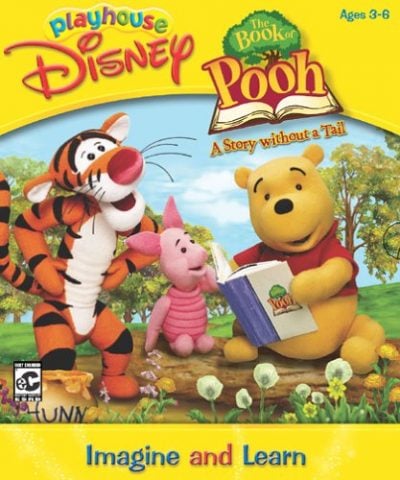 The Book of Pooh Description:

The Book of Pooh was a popular children’s show on Playhouse Disney that ran from 2001-2005.

Get ready for the most wonderful, most special Pooh adventure ever! The beloved bear and his playful pals meet up in Christopher Robin’s room, where they discover Christopher’s treasured storybook filled with endearing tales written about them! These amazing stories come magically to life and the whole cast of Pooh characters appears in a fresh new way in chapter after enchanting chapter! “The tubby little cubby never looked so wholesomely cuddly,” raves Child Magazine. See what happens when Tigger believes he’s lost his bounce; when Kessie and friends get lost in the Hundred Acre Wood; when Eeyore experiences a most exciting day — and much, much more! THE BOOK OF POOH: STORIES FROM THE HEART features innovative, lifelike puppetry and computer animation, six great new songs, plus the wonderfully familiar voices you’ve grown to love. For learning, fun, and imagination that never ends, join Winnie the Pooh and his lovable friends! (source)