Here is everything you need to know about the amazing Disney+ show The Ghost and Molly McGee including casting, reviews, fun facts and more. I hope you find this listing informative and helpful! 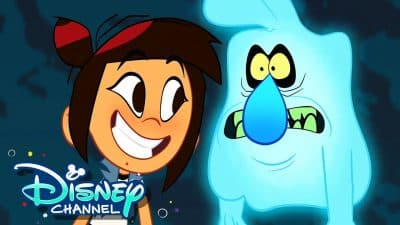 The Ghost and Molly McGee Details:

In Disney Channel’s fa-boo-lous new animated buddy-comedy series The Ghost and Molly McGee, the enthusiastic Molly McGee (voiced by Ashly Burch) and her family relocate to the town of Brighton and settle into a home occupied by Scratch (voiced by Dana Snyder), a grumpy ghost whose job is to spread misery. Scratch’s instinct is to scare the McGees away—but Molly sees right through him. (source)