Here is everything you need to know about Walt Disney World’s Animal Kingdom park’s extinct The Jungle Book Alive with Magic show including history, fun facts, photos and more. I hope you find this listing informative and helpful! 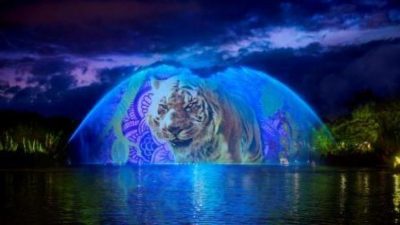 The Jungle Book Alive with Magic was a temporary show to fill in for the Rivers of Light show in Disney’s Animal Kingdom during parts of 2016-17. Rivers of Light took longer than expected to make its debut, so Disney capitalized on the popularity of the 2016 release of the liver action The Jungle Book and created this show in the interim.