Here is everything you need to know about the amazing Disney movie The Love Bug including casting, reviews, fun facts and more. I hope you find this listing informative and helpful! 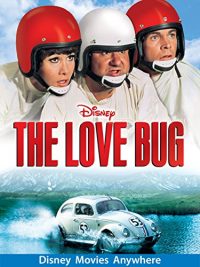 Herbie, the lovable car with a mind of his own. In Disney’s The Love Bug, Dean Jones, Michele Lee, and Buddy Hackett join Herbie in this revved-up comedy classic. Jones plays down-on-his-luck race car driver Jim Douglas, who reluctantly teams up with the little machine. Douglas thinks his sudden winning streak is due to his skill, not Herbie’s. He finally realizes the car’s worth when a sneaky rival plots to steal Herbie for himself.