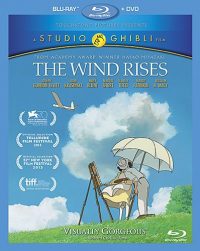 From Academy Award®-winning filmmaker Hayao Miyazaki (Best Animated Feature, Spirited Away, 2002) comes a spellbinding movie beyond compare. Jiro dreams of flying and designing beautiful airplanes, inspired by the famous Italian aeronautical designer Caproni. Nearsighted and unable to be a pilot, he becomes one of the world’s most accomplished airplane designers, experiencing key historical events in an epic tale of love, perseverance and the challenges of living and making choices in a turbulent world.