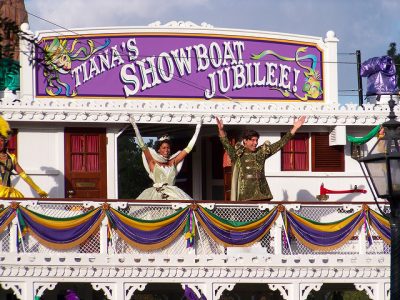 Tiana’s Showboat Jubilee! was a street party that ran for ten weeks in 2009. The mardi gras-esque party started in the Magic Kingdom’s Liberty Square area and proceeded to the Liberty Square Riverboat. The party is notable for introducing the Disney Princess Tiana to Walt Disney World shortly after the film The Princess and the Frog premiered in theaters.

Tiana (The Princess and the Frog)