Here is everything you need to know about the amazing Hollywood Pictures movie V.I. Warshawski including casting, reviews, fun facts and more. I hope you find this listing informative and helpful! 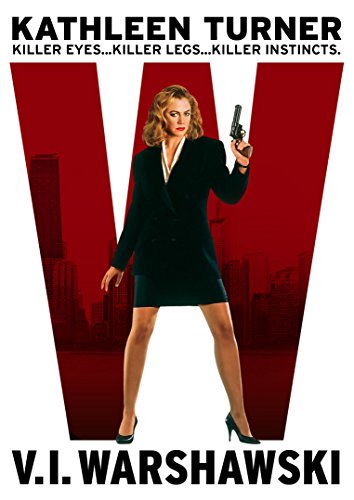 When brute force isn’t enough to handle the human sludge of the Chicago underworld, private investigator V.I. WARSHAWSKI pulls out two of her most lethal weapons — powerful charm and the skill of a woman who knows all the right moves. A tough-talking, fiercely independent, sexy P.I. with a weakness for pretty shoes, Warshawski is armed with brains and seductive sex appeal. When pushed to the edge, Warshawski can play hardball with the Windy City’s most wanted, including a cold-blooded killer who has murdered Boom-Boom Grafalk, an ex-hockey player who has caught her eye. A just cause is reason enough for Warshawski to take on a new case, and when Boom-Boom’s 13-year-old daughter, Kat, retains the detective to ferret out her father’s killer, V.I. uncovers a startling conspiracy for murder and money.